End of the road

I drove down to Kentucky and gave the guitar to Don on Friday, 3 days ago.

It was great to see his reaction, get his feedback, hear the guitar played by someone that can play, and to tweak the setup a bit until he was satisfied.

It was an epic journey. I sure learned a lot. Thanks for tuning in. 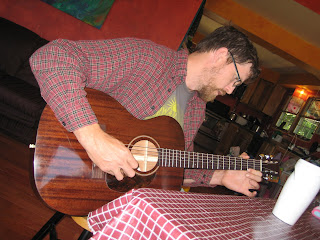 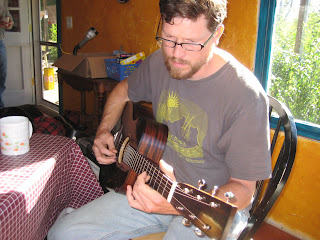 Posted by Martin Lane at 9:54 PM No comments:

Tonight I installed this bone end pin, which matches the bone bridge pins. 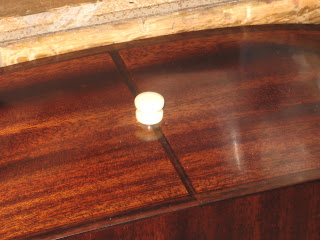 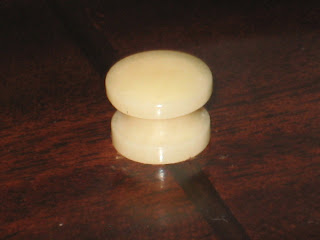 Posted by Martin Lane at 9:44 PM No comments:

So way back when, about a post ago, when I fretted the bass strings at the twelfth fret, it looked like this on my chromatic tuner: 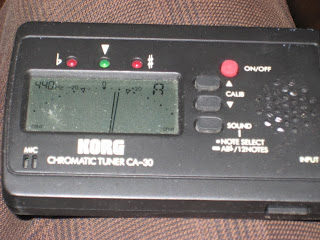 My saddle was about 0.5mm - 1.0mm short on the bass side. In order to remedy the situation, I knew I was going to have to rout a wider saddle slot, but how to do it?

I wound up making this saddle slot jig. Stewmac's is $150. Mine cost $0.30. While I was working on that, I also had my Porter Cable laminate trimmer repaired. Thankfully, when I took the router apart earlier in the summer, and the springs and motor bushings flew out all over the place, the local Porter Cable center chose not to later void my warranty. 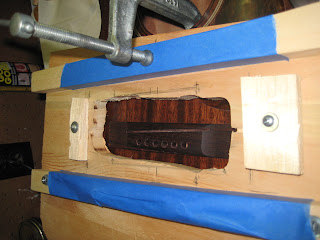 It took me weeks to plan it out and set it up. But doing the deed was a simple outpatient procedure. I used a Whiteside 1/8" spiral downcut bit. Took just a few minutes. 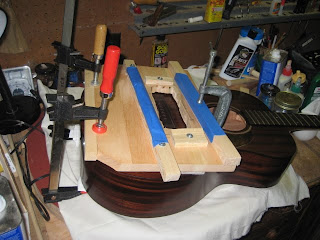 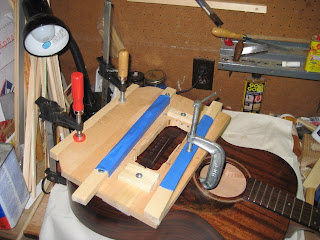 I was sweatin' bullets while I was cutting the new slot, but measuring it 449 times paid off. It worked!

After routing the new slot, I made a new bone saddle. And having the strings off again for so long, gave me the opportunity to really go over the frets and level them as well as I could. Setup and playability, as well as intonation, are now much improved.

Here's what the new saddle looks like. It's kinda wide. But I have seen wider. If Don doesn't like it, I can fill in the front and install a narrow saddle again. As is, will be more stable, though. 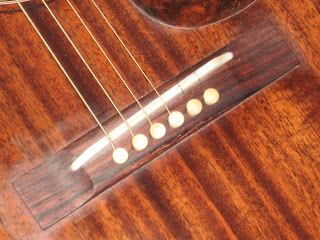 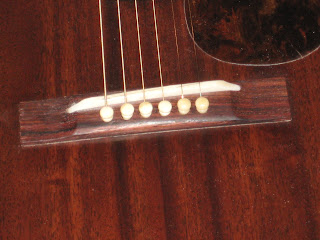 Another thing I did while I had the strings off during the month of August, was go over and over (and over) the finish, trying to gloss up everything and remove funky spots.

It is a hand-rubbed finish, so you can't really compare it to a factory sprayed finish, in regards to looks. Doing so is an exercise in frustration, I've learned. But I'm really pleased with the overall look, more or less. And I love the sound. It's a real gem of a guitar.

I'm giving it to Don on Saturday, three days from now... 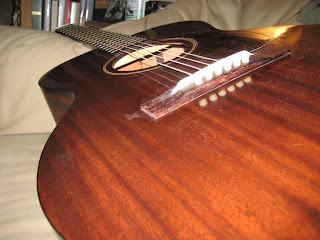 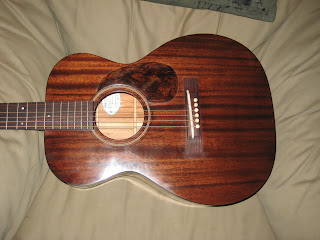 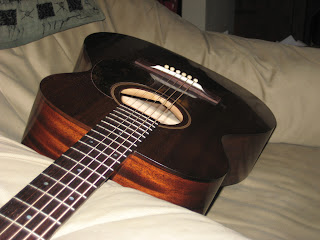 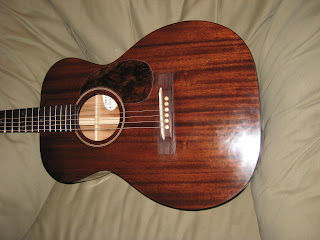 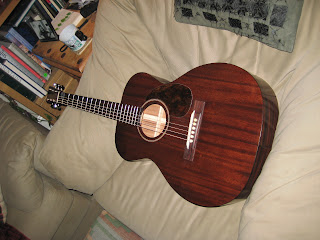 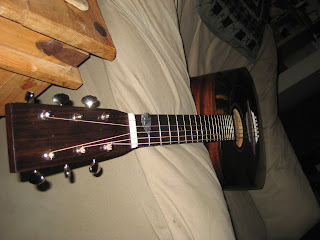 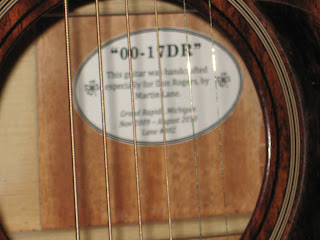 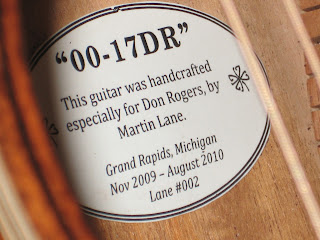 So here are the first and second acoustic guitars I ever built, side by side. (This picture was taken before I fixed the pickguard, and widened the saddle on #2). 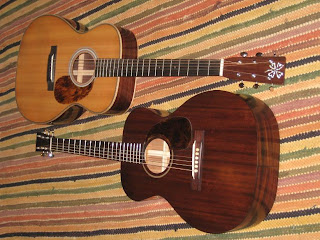