The last time I bought a Greven/Turtleworks/Tortis guard, I went direct to Turtleworks and they sold me one. Since then, they've adopted a minimum order policy. So I went shopping elsewhere. And I finally located someone that had a 00 Tortis guard.

Jon at My Favorite Guitars sells high end guitars all the time, but here he was, talking to me on the phone, emailing with me, and getting out a 00-21 and matching guards to it, to see which was identical. I recommend this guy highly! He really values customer service and no sale is too small.

So, how does it look? 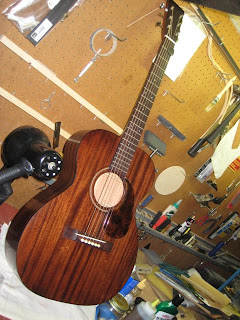 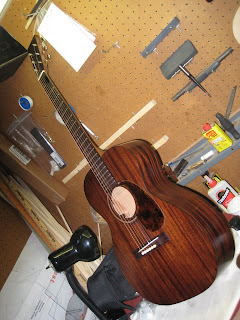 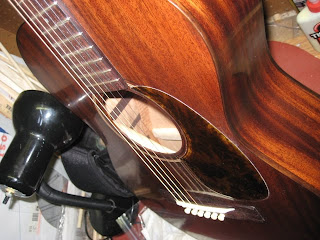 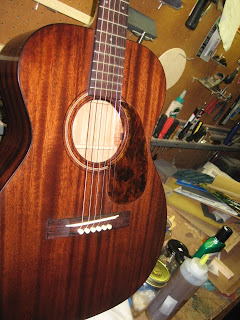 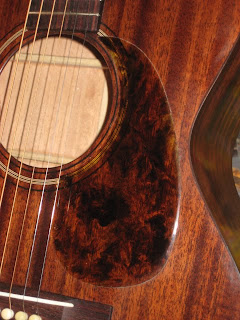 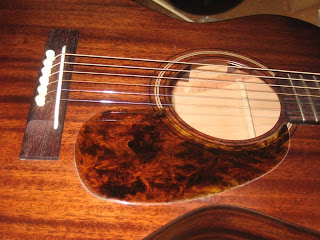 In the above pictures I just slapped the pickguard on to fit the rosette. When I did so, it covered the larger inner black/white circle. At first I thought it was fine, but increasingly it began to really bug me. I removed the pickguard and replaced it so that it doesn't obscure the rosette. 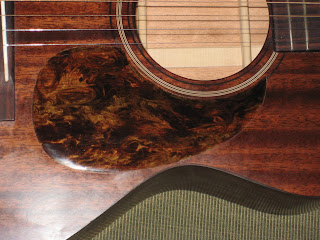 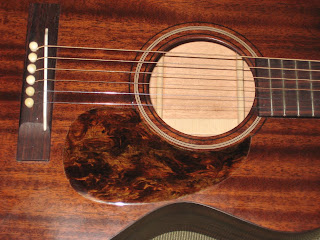