I haven't done much to the guitar lately. Instead I've been making more tools. The build has suffered a couple of setbacks: I was unhappy with the evenness of the top rim after I glued it, so I removed the top. And after this happened, humidity changes in my shop caused the top and back to lose some of their shape. The problems weren't major, they are recoverable, but in my quest for perfection, I plan to back up and re-do several things.

So here is the 3/4" mdf material ($7 at Menards) after I cut two 24" circles out a 2'x4' sheet (slooooowly with a jigsaw). I'm gluing the two pieces together using a spray on adhesive. Those are weights stacked on the pieces, after applying the adhesive. 1.5" is more than enough thickness. I want my dish to be sturdy. 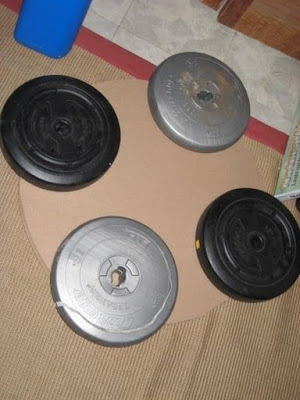 My jigsaw job (it was slow going!) wasn't perfect, but nothing I can't clean up later. 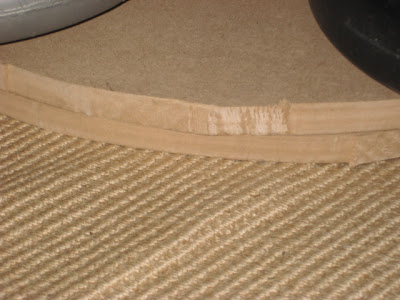 Here is part of the jig I'll use to cut the radius into the disc. (Don't be impressed, I borrowed it. Still, it wouldn't be hard to make, at all.) 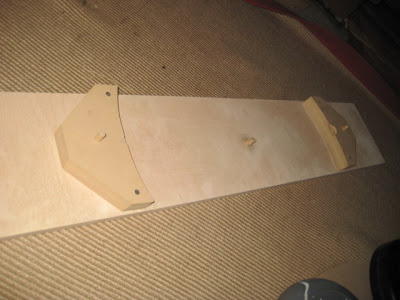 I have two pieces that fit on top of the board, one with a 15' radius and another with a 25' radius. 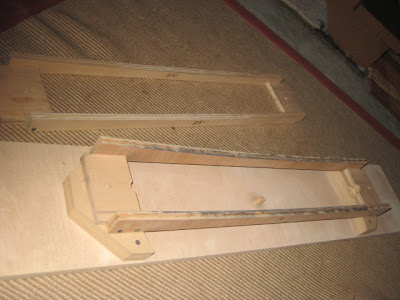 Here's the attachment that fits on the bottom of my laminate trimmer. I'll use a 1/2" flat cut bit. 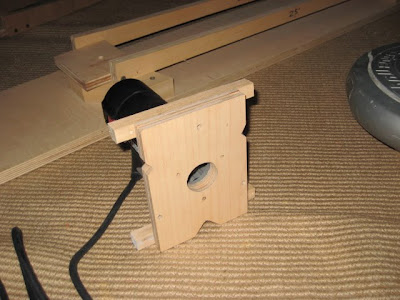 My trimmer lacks the power to move a large bit thru something like fiberboard, so I'll make several passes, each time lowering the bit into the material, until I have a radiused shape that is 24" across. 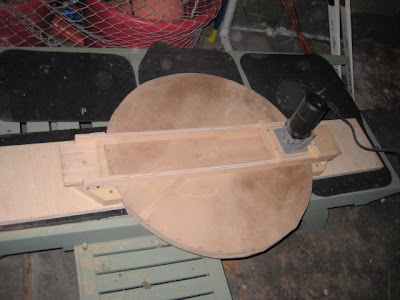 Here's how it looks in my go bar deck. 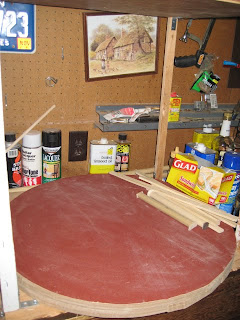